Nicola and Sean were looking for a wedding DJ when they attended a fair at which I was exhibiting on a snowy day at Gilwell Park in Chingford, where they were also getting married. We had a good chat at the show and when they returned to my stand before heading home I thought there was a good chance they would book us!

And happily, that turned out to be the case… We exchanged a few emails after the show and I arranged to meet Sean and Nicky again at their flat in London, ironically after another wedding show at a different venue! We had a great chat about music, it turned out were huge music fans who went to an unbelievable number of gigs between them! That a couple are really into their music is always a reassuring discovery, which might sound daft but it’s amazing how many people don’t really seem to like music all that much… 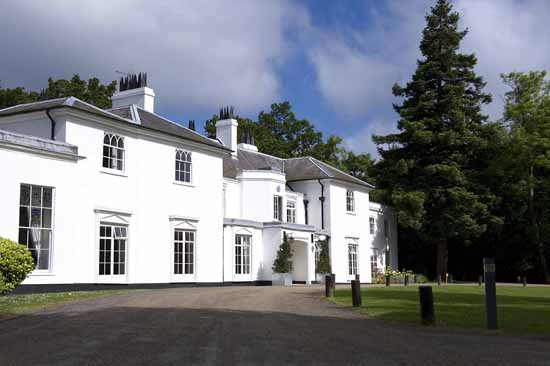 Gilwell Park is actually the UK headquarters of the scouts – the movement bought it in 1918 for the princeley sum of £7000, and the hut the first scouts stayed in back then when they were cleaning up the place is still standing, very near the house itself. It is now an international scout activity centre so it may not come as a surprise to hear that the venue is set in some pretty extensive grounds!

The main house, appropriately called the White House, is now primarily used for weddings and other events rather than any particular scouting activities, which is just as well as weren’t here to get our wood badges! And whilst Nicky and Sean got married and enjoyed some autumnal sun with their guests, I set up up our DJ only option in the permanent marquee at the back of the house. With the scouting connections, it seemed appropriate the reception would take place in a tent! 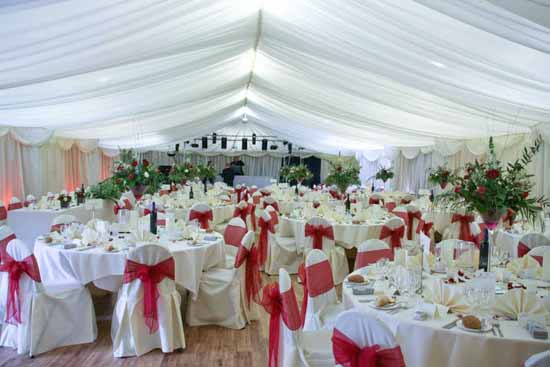 Gilwell Park Marquee (photo taken from their website, it’s not Disco Wed in this pic!)

I’d been interested to discover what sort of tunes they’d send over on their playlist as Sean is Irish and Nicola Trinidadian, and sure enough it was an eclectic mix! During the meal, I was asked for some ratpack style jazz which I left playing as I enjoyed a meal with the rest of the crew working that day. We had even been kindly given our own table, called ‘Production!’

Then it was time for the speeches, hosted by Sean’s brother who turned out to be a veteran of the Big Chill and other festivals where he had partied outside the Disco Shed in years gone by! Nothing fills me with more joy than meeting a shedonist, as we call them, especially before playing a wedding when I’m usually feeling especially nervous!

It can feel strange hearing the speeches at the weddings of people you don’t really know, almost voyeuristic, but I often find myself as moved by them when I’m working as when I’m a guest and its my friends getting married. And witnessing the speeches can make you feel more involved with the day – which was definitely the case here! Nicky’s brother said some really moving and heartfelt words, as did she herself. And given how Sean is a man of few words, he gave a warm and very witty speech which I think set up the evenings fun perfectly!

So after the dancefloor was cleared and the cake was cut it was time for the first dance. You won’t find this one, which is a shame as it’s a real beauty! It was written by one of Sean and Nicky’s friends Gal, who was a guest at the wedding. They had kept it a surprise that they’d chosen his tune and his jaw literally hit the floor as the first bars played out! I don’t know Gal Owen, but his song ‘People’ deserves a wider audience, it’s lovely!

I hadn’t known quite what to expect of this wedding beforehand, but it turned out to be one of my favourites of the year! A really eclectic bunch of people of all backgrounds, all up for a party made for a brilliant night! We had a proper garage classics rinse-out which was a proper highlight, formation dancing to Candy by Cameo, an 8 year old MC battle, some DIY disco action from Nicky’s brother and Sean’s brother, Nicky going mental for her favourite dance tunes – You’re Not Alone by Olive, Sing It Back by Moloko, and a right old rave up at the end to Out of Space by the Prodigy, and SL2’s On A Ragga Tip.

It was a shame to have to end, but as they guests headed back to the main house to carry on partying, I packed my stuff back into the van, then proudly collected my wedding DJ badge and woggle and with a quick dib dib headed home a happy man! 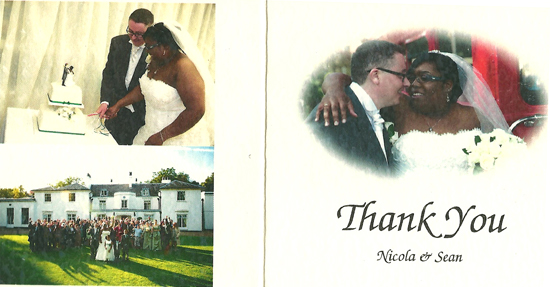 Thanks for for agreeing to DJ at our wedding. We had an amazing time. You got the dancefloor rocking all night. It was never empty. All my guests loved it! We had friends asking where we found you. They still talk about the music. My mates loved the garage and dance section – they were all reminiscing about Aiya Napa and particular clubs we all used to go to.

Sean and I particularly loved the last song you played for us ‘Madness – It Must Be Love.’ That was a lovely touch.

You brought credibility to our wedding and that is what we wanted. No dodgy wedding DJ at our wedding.

Please keep in touch. One more thing. We’ll be definitely recommending you. It was amazing.