This was a really enjoyable wedding, another one we got in a flurry of bookings from wedding shows we attended in the spring… In fact Graham and Jessica pretty much booked us right there and then for this one, which had never happened before – so much as I don’t enjoy attending wedding shows I guess this shows that they work!

After a last minute change of date and venue I found myself at Stock Brook Country Club – home of a 27 hole championship golf course near Billericay in Essex. Now I’m no golfer but if I was I can imagine it’s a nice place to play! I’m not usually much of a fan of golf clubs as venues, but this place is very well equipped as a sports centre and as a venue for events too. They have several rooms for weddings and functions which were all very smart, and all the staff I met there were lovely -so what do I know?! 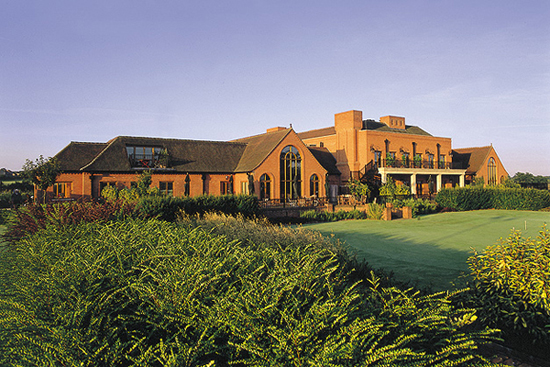 I found somewhere to park and unload, then realised there was another wedding taking place there too. Fortunately I managed to get most of my stuff inside without getting in the way of the other wedding party, who were lovely anyway and it turned out heading off somewhere else to get married before returning later, so I wasn’t really in the way at all!

I met their DJ who was in a panic as he was missing an essential lead – it turned out he was planning to DJ literally just from his iPhone but couldn’t link it to his PA. Back in the early days of my wedding DJ career, I was in a similar position to this poor fella, and had to make a 100 mile round trip across north Wales just for a tiny £8 connector which I had loads of at home – it was unbelievably frustrating! But as it turned out, this chap was in luck and I was able to sort him out with the lead he needed. It’s always nice to be able to help out someone desparately in need like that! And best of all, he returned it later on as promised, top man!

Anyway, I found myself in the Rosewood Suite, and got myself set up nice and early. I was relieved to have arrived early, as there was no easy up to the venue, either a long walk around a gentle sloping path, or up some steps – my nemesis! Fortunately though, one good turn quickly led to another and the DJ from the other wedding gave me a lift up the steps with my heavy PA. Nice one!

I was set up with plenty of time to spare, and as Graham had booked a pianist to play during the meal as a surprise for Jessica I was able to head off for a couple of hours to see my brother and young nephews who live locally, leaving instructions for playing background music if required. Result! 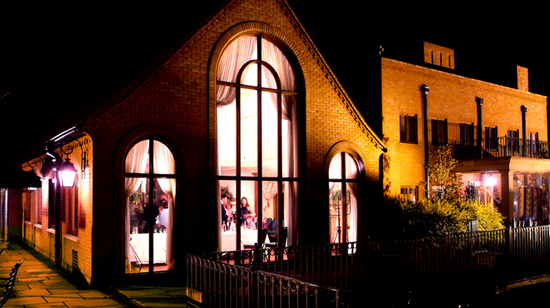 I returned just before the speeches, and said hi to the happy couple who were clearly having the day of their lives! Then once the speeches were finished, there was a quick turn around of the room and it was time for the first dance. Graham & Jessica had chosen No One by Alicia Keys for this, that girl can sure belt em out!

Jessica is from New Jersey, and the playlist I’d been given contained some good ole’ American tunes – naturally including Jersey Girl by Bruce Springsteen and some modern country stuff, about which I must admit I know nothing! I’d expected it to be difficult to work these in, but I guess part of the skill of being a DJ is picking the right moment for the right tune, and I reckon I just about nailed it bang on here!

Their wasn’t much else on the playlist, other than Angie Stone’s brilliant Wish I Didn’t Miss You but Graham and Jessica had told me they both loved old skool party hip-hop – which is much more up my street! And as things happily turned out, it was right up the street of pretty much all the guests too!

Super cool block rockin’ party music – I always squeeze a bit in where I can but after the fun I had playing for Graham and Jessica, I hope I get to play more hip-hop wedding DJ sets in future!

“It was a pleasure having you play at our wedding, you did an amazing job and loads of people have commented on how good the music was – it certainly helped make what was a fantastic day. If ever you need a recommendation you only need to ask.”