A DIY wedding disco on the first sunny day of the year, at Dove Barn in Suffolk

Dani booked me to be her wedding DJ at Dove Barn in Suffolk when I met her at the venue’s wedding show. She was particularly excited when I told her about the Disco Shed, as it turned out her friend had bought one of our t-shirts at Latitude Festival! So, it was no surprise when she decided up to choose our Indoor Disco Shed option.

Dove Barn is a delightful venue – they bill it as ‘well hidden, worth finding’, and I’d agree with both points! It’s certainly off the beaten track and has an appropriately rustic feel. It is actually made up of two barns right next to each other, and is essentially a blank canvas for couples to stamp their mark on. Around the back of the barns is a lovely lawn too, making it one venue which would be able to accommodate the full Disco Shed – always worth noting!

The day itself arrived and was a belter – the sun was out and it was the first time I’d felt it’s warmth on my face after the seemingly endless winter which had preceded it! So, I quickly set up a PA in the barn to be used for the drinks reception and the disco later on, then as the guests filed in to the ceremony, I headed to the lawn to set up our garden games and some of our characters. I was in high spirits as I worked, enjoying wearing just a t-shirt in the glorious spring sunshine, with my spirits lifted further as I listened to the first half radio commentary of Villa’s game at Stoke. 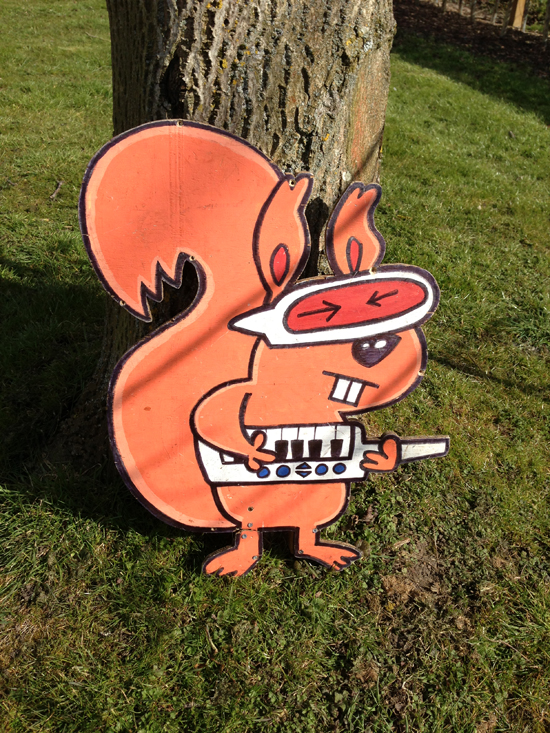 Disco Squirrel in the garden at Dove Barn

I just had time to change into my suit before the ceremony finished and hit play on the iPad, to fill Dani & Rob’s drinks reception with the sounds of their daytime playlist. Then it was back out to the van, second half on the radio and I started preparing everything for the indoor shed, which I was to set up whilst Dani & Rob and their guests ate their wedding breakfast, as they wanted it to be a surprise for their guests.

The game finished 3-1 just as the meal started, so with joy unbridled I ran inside, only to find Rob celebrating this scoreline with some of his guests! I’d had no idea he was a Villa fan, but after a mas group hug we were all more than acquainted by this happy news!

So, I quickly moved the PA through to the meal room, then got cracking getting the shed set up. It was well suited to Dove Barn’s rustic surroundings, and Jayson, the wedding coordinator there was especially pleased to see it as it turned out he’d seen us at Latitude too! I really felt quite at home!

Then, after a stunning sunset, it was time to get the party started. The first dance was one of the most joyous I’ve ever witnessed, more like a last tune of the night than anything else as everyone joined arms and sung along to One Day Like This by Elbow – a tune I’m often asked to play to accompany the more significant parts of the day, and clearly a modern classic! Anyway, such an ecstatic start was hard to follow! Fortunately it wasn’t going to be me with the responsibility of doing so though… 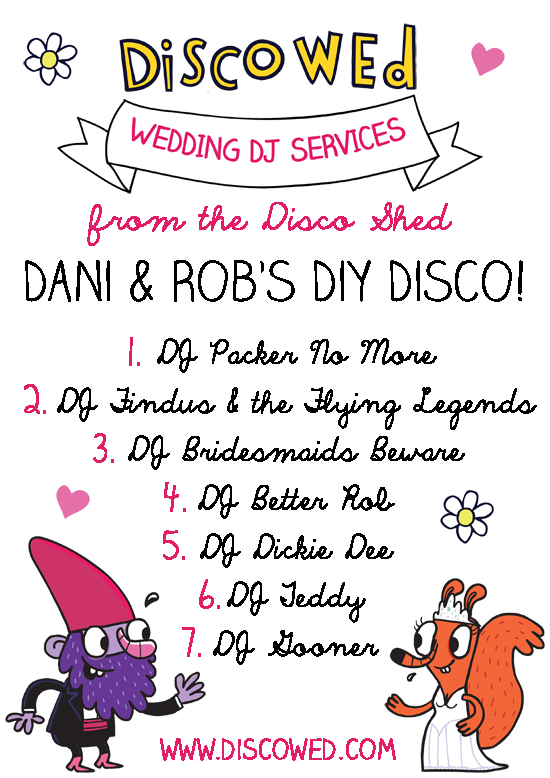 Dani and Rob had planned a DIY disco, with their guests braving the decks to play so I’d stuck the running order up around the room for everyone to see. There hadn’t been room on their tables to include these, which was a shame as it can be quite a good conversation starter! So after the euphoric first dance, it was Dani herself who was to kick things off!

I showed her around the equipment and encouraged her to have a go, and I must admit by the last couple of tunes she was completely mixing herself – a true natural! 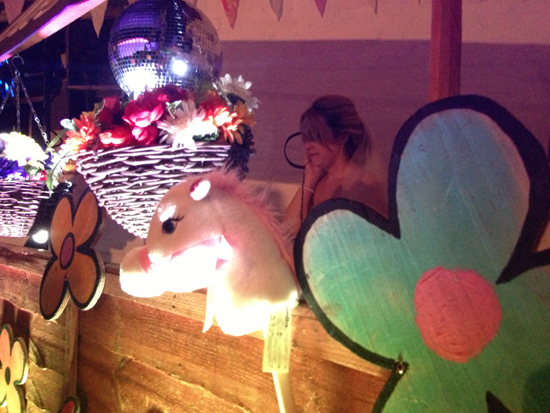 After Dani came Rob, the groom, followed by 5 of their guests, with varying amounts of enthusiasm for getting involved at first, but they all ended up having a go. We don’t do it often, but the DIY discos are always great fun, you get loads of tunes you wouldn’t normally hear, and this one was no different.

After the final DJ took their bow – I had 20 minutes or so in which to wrap things up, so after such an uplifting night with so many peaks, I hit them hard with some big sing-alongs, and happily, managed to go out on another high! It really was a brilliant day and night, packed with fun times from from start to finish – one which I’ll remember for a long time! 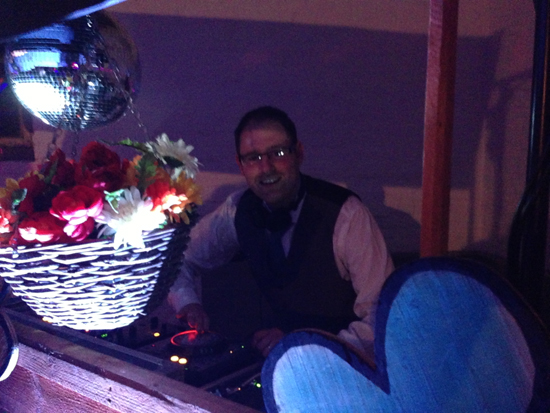 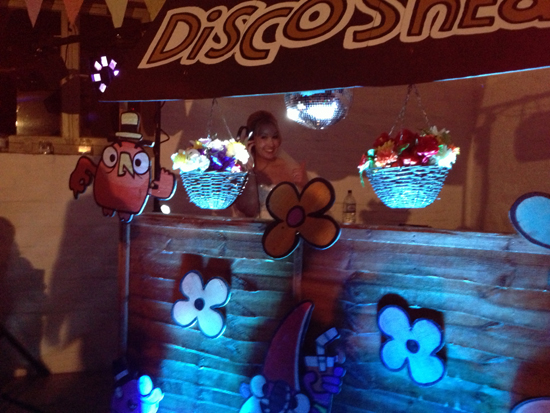 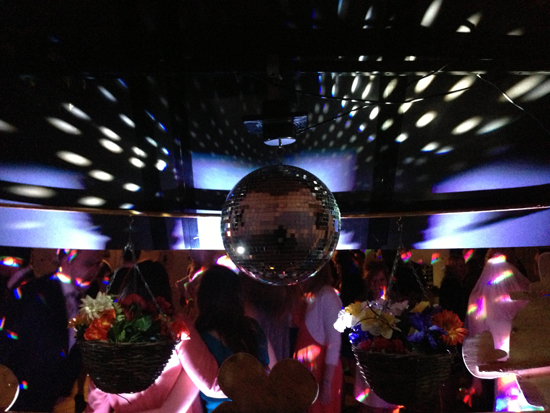 Sorry we haven’t been in touch sooner, we’re back at work getting in to the swing of normal life after the best day ever!!!

We just wanted to say a HUGE thank you to you. We and all our guests had so much fun – I never imagined that I would dance so much (and so enthusiastically) at my own wedding!! I can honestly say that i’ve never seen a first song go down so well, it was like it was the end of the night and i must admit i was slightly worried that we’d peaked too soon but the dance floor was packed all night! You were fantastic on the day and in the 18 months or so in the lead up to the day we really appreciated your quick responses, helpfulness, help with the mics and all the little bits and pieces you put together for us.

Thank you so much again for helping to make our day one we’ll never forget!