My girlfriend Libby grew up with an original Wurlitzer juke box in her bedroom, whilst her Dad helps run the Buddy Holly fan club and designs all the artwork for rock & roll revivalist record label Rollercoaster Records. So when Lib met Josie at a very busy wedding fair in Kent and got chatting about a shared love of rock & roll, she was very excited! Sadly, despite DJing at vintage club night The Big Ten Inch as well as with the Disco Shed (look out for Miss Splinters), Lib doesn’t fancy trying out her skills as a wedding DJ.

So instead, it was me who headed down to the amazing Port Lympne Mansion and Gardens on a grey Thursday in October to play for Josie and her now-husband Luke. I’d heard the venue was situated in the middle of a safari park, which is something Kent doesn’t exactly seem to be short of! Either way, I didn’t quite know what to expect when I turned up, but took some extra rolls of gaffer tape in case any monkeys decided to tear my van apart. After all, if you can’t fix something with gaffer tape, then you haven’t used enough gaffer tape… 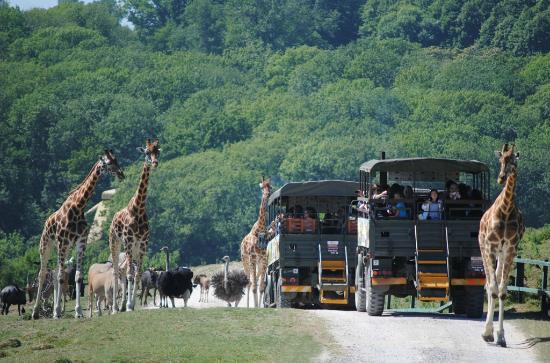 As it turned out, there were no animals to be seen, at least not where I was anyway. Indeed there any sign of the bridal party either, who I discovered were all out enjoying a safari themselves! Definitely an unusual, but brilliant way to start married life! Not many wedding venues can offer you that…

The venue itself is actually a large mansion, with Italian style terracing outdoors and a great looking garden, impressive even in the damp grey conditions in which I found myself there. So whilst I didn’t get much chance to explore disappointingly, it looked to be a pretty stunning location. 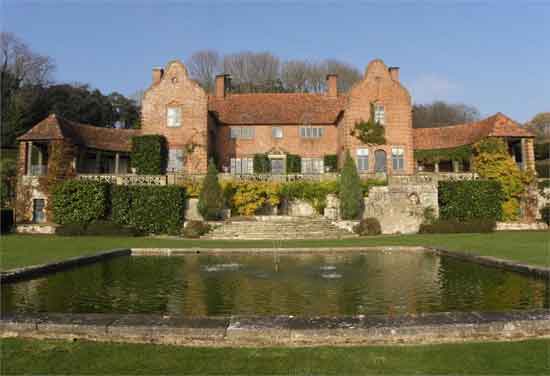 Just as I was finishing unloading the wedding party arrived, under cover unfortunately as the rain had really set in by this point. After saying hello they headed inside for their meal, and I got busy setting up our DJ only set-up in the room with the bar. This was a pretty large space in itself and wasn’t even where they were eating, so I think Port Lympne can fit a lot of guests!

I’d been playing some background music anyway, which was as well because before too long guests started to trickle through to the bar which meant it was soon time to get cracking! Josie and Luke’s first dance song had proved rather elusive – it was a particular acoustic version of a song by Dashboard Confessional called Stolen. I’d found a few versions, all played acoustically on various instruments but none had been the right one! It turned out to be the b-side of the 7″ single release apparently and happily I tracked it down about a week before the wedding. And Josie and Luke kindly brought a back-up copy as well, just in case!

They’d also sent over a playlist of tunes and it turned out that Josie and Luke really were a pair of cool rock & rollers, although perhaps not in the same vein as my girlfriend and her Dad! I did play some twistin and shakin rhythm & blues belters early on but it seemed loud guitars were more in order. Nothing wrong with that, I grew up as a real indie kid so enjoy rockin out with the best of em and the happy couple and their guests spent most of the night leaping about like there was no tomorrow!

It was a pleasure to play some stuff I wouldn’t normally play too, and I particularly enjoyed being reminded of how good Benny and the Jets by Elton John is. If you’d like a current example of the lasting influence of this track, then check out the latest single by hipster favourite Frank Ocean called Super Rich Kids. Early Elton could be dynamite, this one is a belter and no mistake, it’s just a shame he don’t quite make em like he used to… Mind you, he doesn’t really need to does he?!

Another highlight of the night was discovering how unbelievably well Thunderstruck by AC/DC mixes into Voodoo People by The Prodigy. You couldn’t make it up! I can’t wait for a suitable opportunity to try it out again during a party set in a club or at a festival… I’ve always prided myself on trying to DJ creatively and mix in unexpected and unusual tunes, but I’m not sure I ever really expected my wedding gigs to start teaching me stuff I might be able to use in my ‘cooler’ gigs! But there’s absolutely no way I’d have ever come up with that mix if I hadn’t started playing at weddings. I reckon that’s pretty cool!

“Thanks for such an amazing night! The music was amazing! Everyone is still talking about it =D”